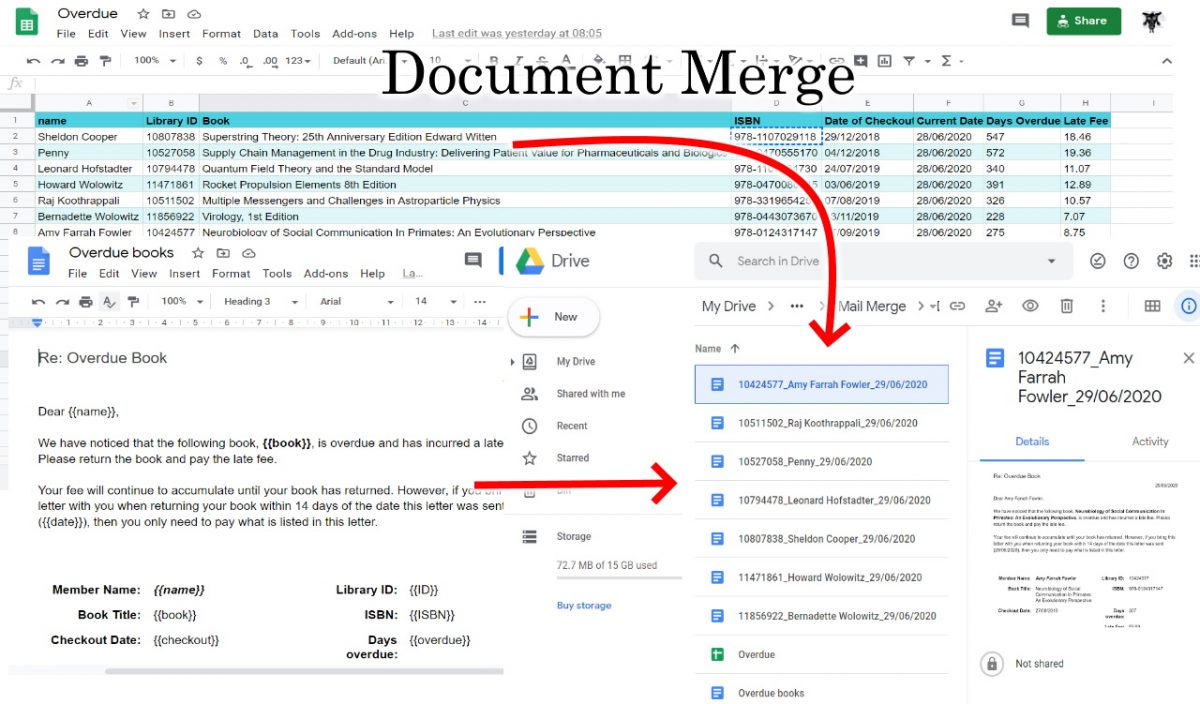 If you have ever worked in LibreOffice or Microsoft Excel you will probably be familiar with the mail merge. Traditionally, mail merge is used to create multiple versions of a document and snail-mail them to someone.

These days, we don’t often use the snail mail approach, but it is a regular occurrence for us to need to produce multiple versions of reports based on a data set usually from a spreadsheet.

In this tutorial, we will create a document merger that will create new Google Documents based on a dataset from a Google Sheet using Google Apps Script.

If you want to quickly jump into your own project with our script, I’ll provide you with a quick-use guide.

Then, we will set up a template for our Google Doc and generate our Google Sheet data (don’t worry, I’ll share the document so you can follow along).

Finally, we will jump into the breakdown of the code for those legends who are learning how to create their own Google Apps Script.

Note: As always, take what you need and don’t worry about the rest.