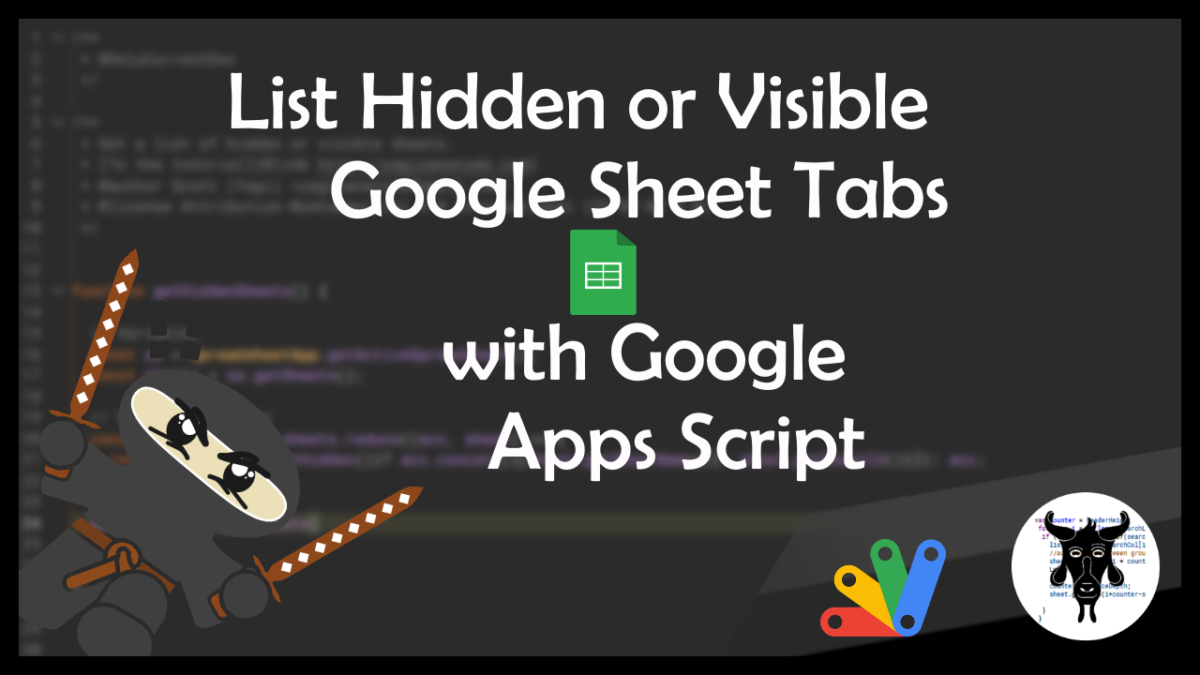 Based on a viewer’s recent question, here is how you can get a list of all hidden or visible Google Sheet tabs with Google Apps Script.

You can integrate these scripts into your own projects.

END_OF_DOCUMENT_TOKEN_TO_BE_REPLACED

Have you ever wanted to delete or add columns in a Google Sheet, based on another set of Sheet data?

I know I have.

There have been a number of instances where I wanted to insert new columns or removed unused columns in large Google Sheets projects with Google Apps Script.

In the past, I have dynamically set headers based on something like an IMPORTRANGE or FILTER, or simply from an array ({}) from another sheet tab or Google Sheet. However, when I update the original data the headers change but all the data underneath them does not move along to the updated column with it.

Now all my data is not lined up with the header! As you can imagine, this creates some serious problems.

In this tutorial, we’ll show you how to use Google Apps Script to update your headers based on another sheets values. These sheets values can come from the current Google Sheet workbook or another one. We will also ensure that the data below the headers is migrated along with the new header location.

Take a look at the visual example below:

As always, read as much or as little as you need to get the job done or learn the skill.

END_OF_DOCUMENT_TOKEN_TO_BE_REPLACED

In Part 3 of our 2D array data transformation course in Google Apps Script, we worked out how to get the count of each choice of each question item from the survey results in a Google Sheet.

This time we are going to add a final element to our mix. Let’s say we have multiple questions and multiple groups. We want to find out the count for each choice for each question for each group.