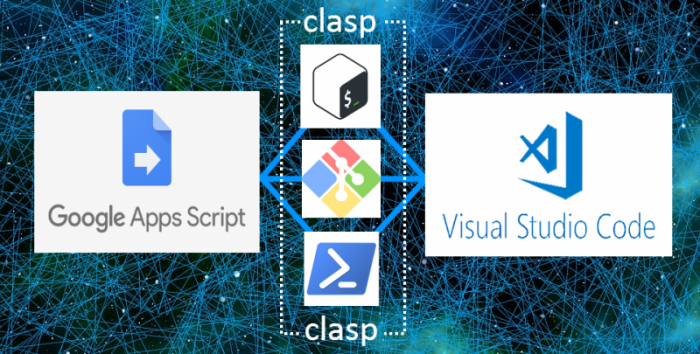 However, one of its major limitations is that after 1,000 or so lines of code and multiple files, it can start to get a little clunky. It also makes things a bit difficult when you want to use your own debugging or testing software. Further, if you have a HTML (CSS, JS) intensive app, it is quite hard to create and test the front end. Finally, it can be just damn comfortable slipping on a pair of your favourite slippers and using your preferred Text Editor or IDE.

This little tutorial is going to guide us through the steps that will allow us to work, push and pull Google Apps Script code from the online editor to Visual Studio Code. We’ll even be able to run the program from the terminal in VS Code and manage versions.

Fortunately, Google developed a tool that enables us to develop Google Apps Script code from the command line, clasp.