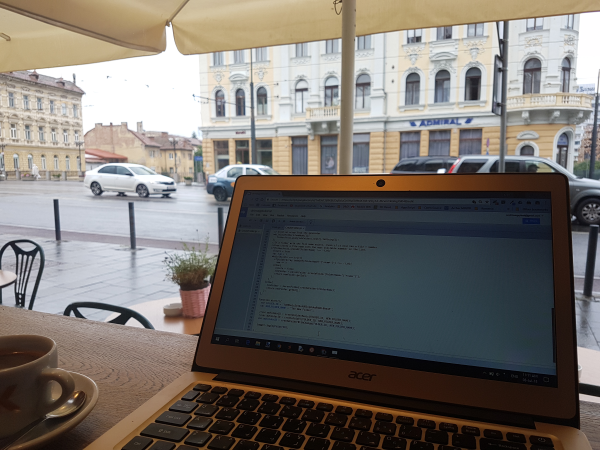 Well, it’s a rainy day here travelling in Romania, so time for a post.

When creating a Google Apps Script’s I often find I am creating new folders and files in specific locations on Google Drive after, say, generating a report or something.

A Note on Folders in Google Drive

All files and folders in Google Drive are allocated a unique key that identifies them.

The file location and all the data about the file are mapped to this ID. This means you can have as many folders or files with the same name even in the same directory without a duplicate error being thrown because they all have their own unique ID for their URL.

Below are three useful functions for creating folders.

All the functions will take two arguments: folderID – the unique id of the parent folder and folderName – the name you want to call your new folder.

The start() function will simply grab the two variables for the folderID and folderName and run the folder creation function. This is to simulate using the functions in your code.

Feel free to read what you need. I try and write these for a wide range of coding skill in mind.

Simple – Create a folder under the Parent folder ID

Here, we are going to simply add a folder. It doesn’t matter if the folder already exists, we’ll just create another one.

When the start() function is run on line 8 it creates a variable for the FOLDER_ID and the NEW_FOLDER_NAME. On line 14 we add these two variables to the arguments for the function createFolderBasic .

On line 3 of this function we find the parent folder we want to add the subfolder to. We do this by calling the DriveApp class with the getFolderById() method inputting the folderID here. We will keep this in the variable, folder, to be used on the next line.

Line 4 then creates the newFolder by getting the folder variable and applying the createFolder method to it with the argument folderName.

Finally, on line 5 we return the newFolder by id so we can use it later. We have logged the folder ID  in the start() function so we know it is working.

Each time you run this code, you will get a new file with the same file name but a different ID in the URL.

In this function, we will only create a folder if the folder does not exist. We will return the folder id of either the new folder or the existing folder.

In this example, the start() function is the same. The only change is the function name that will be called is createFolder()on line 33.

First, on line 3 we get the folder ID of the parentFolder using DriveApp.getFolderById(folderID). On the next line, we use this parentFolder variable to get the child folders in that directory with the getFolders() method – more on this in a moment. We will put this generator of folders in the subFolders variable.

Next, on line 5 we create the doesntExists variable and set it to true. This basically says that if the file with the name we have set does not exist then we will say that the statement is true.

the getFolders() method creates a generator listing all the folder in that directory. So we will need to iterate through this generator of folders to check if a folder with the folderName we want to add.  Fortunately getFolders() takes two further methods – hasNext() which, in conjunction with a while loop states that while there is another folder to look at in the list, do something (line 9).

While in the erh… while loop we want to look at each folder so we create the variable folder to look at the next() folder in the loop.

On line 13, we want to check if the file with the same name as our folderName exists. If it does we change our doesntExists variable to false.  We then make our newFolder variable the name of the folder we have found in the loop that contains a match for the folderName and returns the id for this folder so we can use it in our code at a later time.

Alternative if we can’t find the file in our subFolder generator (line 20), then we use the createFolder(folderName) method and then return the newFolder ID.

This time, even if we run the script it will only generate a new folder if the folder does not exist in the Parent folder.

Hard-ish – Create a folder. If the name exists, add a counter to the name

Nothing changes in our start() function except that we use the new function name createFolderWithChange(FOLDER_ID, NEW_FOLDER_NAME).

We start this function by setting some variables.

Again we find the parentFolder with DriveApp's getFolderById(folderID) (line 3). We then get the subFolders as a generator. Create an exists variable that is set to false (thought I’d change it up a bit 😀  Yagi, you so kwazy!) .  Set an empty newFolder variable to put our new folder ID in once we get it. This time we will also add the folderArray variable to store our list of folders in our parent folder (yeah, we gotta do it a little different this time).

Line 10 starts our iteration through our subFolders generator. It essentially says that while there is another folder in the list (hasNext())then get the next() folder and do something with it. On line 11 we push the folder name to the folderArray variable. We will need to convert these  to a string so that we can compare them against our folderName.

On line 15 we use the indexOf method to determine if the folder exists with the folderName. If it doesn’t we move to line 27 and simply create a newFolder and return the folder ID for us to work with. If it does exist, we then change exists to true, because, you know, it now is and then set the counter, num  that we will use at the end of our folderName(lines 16 & 17).

Next, we run another while loop which states, while the folderName exists (or is true), then do something (line 18). That something is another if statement that asks if the folderName plus the num counter is in the folderArray simply add 1 to num.

Alternatively, if there is no folder with the same name as folderName plus num (line 21), set exists to false (line 22) and create a newFolder with the next num in the list(line 23). We then return the id of the newFolder for us to use in our code (line 24).

So there you have it. Three approaches to use Google Apps Script’s DriveApp to create folders when you have the id of the Parent Folder. Give it a try.